After almost 20 years, Toni Abram, founder of The Information Point and The Big Sunflower Project, will be stepping down from her roles at the end of this year. Below she writes about her work over the last twenty years and shares some of her favourite photos.

I established The Information Point in 2001 following my dad and I being diagnosed with centronuclear myopathy in 1998. Like so many with centronuclear and myotubular myopathy, the journey to diagnosis was not an easy one. I had seen three doctors over a period of ten years but my symptoms were mild and I went without a diagnosis until dad began to experience problems in his 50’s.

I remember receiving the diagnosis felt overwhelming and lonely – we were told there were very few others in the world with our illness, nor was there a treatment. So, when I established The Information Point in 2001, the aim was to provide a website dedicated specifically to centronuclear and myotubular myopathy, where people could visit to find all the information they needed in one place, in the early days of diagnosis and beyond – helping others in their search for information; bringing those with the conditions together, whatever their age, whatever form of the conditions they had and wherever they may be in the world; and raising awareness of the conditions too.

Specific information about centronuclear and myotubular myopathy was posted on the website, together with information about other myopathies and news about centronuclear and myotubular myopathy from around the world. Areas for research news and resources were also developed, together with a ‘share a story‘ area for all forms of the condition, including unknown patterns of inheritance. And a newsletter, the predecessor to Our World, published stories of interest to the centronuclear and myotubular myopathy community, including a series of interviews titled All About Me which aimed to give people the opportunity to discuss their diagnosis and how they dealt with it, as well as the opportunity to talk about the things that made them, such as their favourite books, films and music; what their favourite childhood memory was; who most influenced their life and why. The interviews aimed to show that a disability didn’t have to define a person and that a person with a disability was still just a person.

Pages were set up on social media and an online shop was opened to raise funds for research also. Now maintained directly by the Myotubular Trust, rarely a day goes by where a donation isn’t received by someone shopping at the Myotubular Trust Easyfundraising eStore.

In 2012 the first Our World newsletter was published. It provided an opportunity to not only share the latest research and fundraising news but to give those with centronuclear and myotubular myopathy the opportunity to have their voice heard, by telling their stories, about their lives, their way – achievements, milestones, fundraising events and more, which today has led to an amazing resource for families in 2020 and beyond receiving a centronuclear or myotubular myopathy diagnosis.

The Big Sunflower Project first invited people to grow sunflowers in 2011. I have always loved the way that sunflowers grow to such dizzy heights, as if they are on a mission to touch the sky and nothing can hold them back. It occurred to me that many charity fundraising/awareness raising type projects involved people doing something physical – being sponsored to run, swim, climb or bicycle, something that even I, although ambulatory, would not be keen to do. However popping a seed in a pot and nurturing it for a few weeks was something most people could do, whatever their physical ability and that was very appealing to me, because it meant that those diagnosed with centronuclear and myotubular myopathy could take part too.

The idea was simple – give away sunflower seeds to raise awareness of centronuclear and myotubular myopathy and ask people to share photos of their sunflowers online. The project was only intended to last for one year but this year sunflowers were grown for the tenth summer. 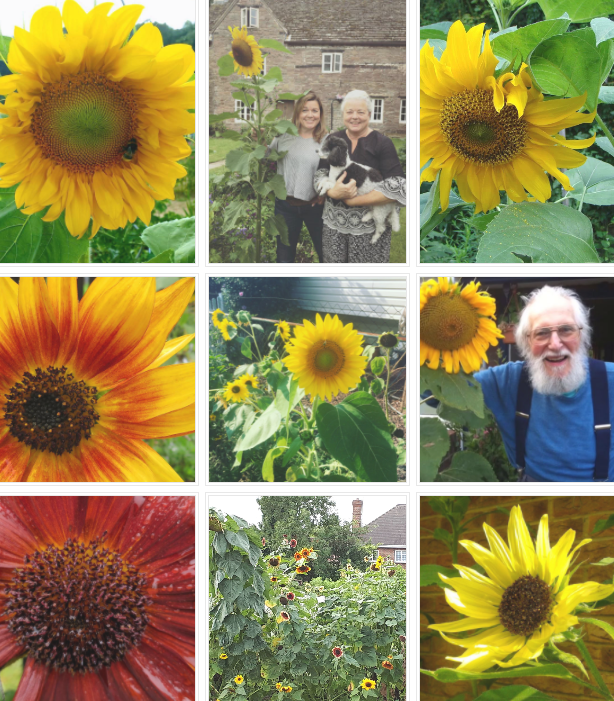 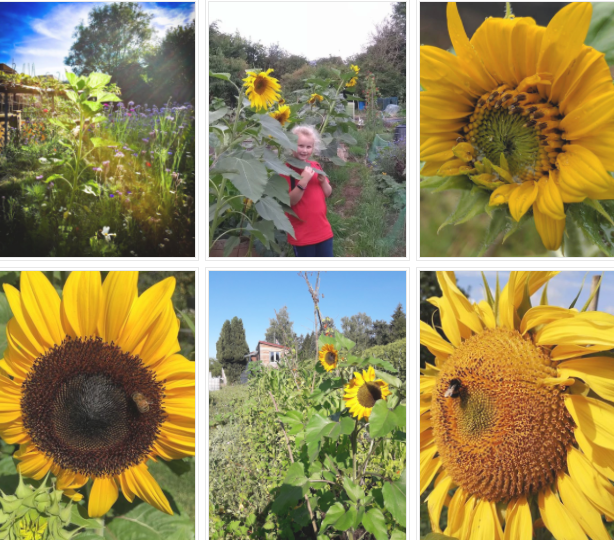 Over the past ten years, 4,766 photos have been shared, all of which have been posted on social media to raise awareness of centronuclear and myotubular myopathy. Participants have joined the project from across the UK, Ireland, the Isle of Man, the USA, Costa Rica, Argentina, the Philippines, Australia, New Zealand, Germany, The Netherlands, France, Croatia, Hungary, Sweden, Austria, Lithuania, Greece and Poland.

As the project grew, around 300 packets of seeds were distributed each year, with seeds sent to those affected by centronuclear and myotubular myopathy, together with schools and nurseries, community groups, groups who work with disadvantaged people, hospices and youth groups to name a few, so as well as raising awareness of centronuclear and myotubular myopathy, the project supported the activities of these groups too.  In 2019 the project was nominated as a Community Hero as part of the UK Government Department for Digital, Culture, Media and Sport (DCMS) Local Charities Day.

Run from my home, in my spare time, neither The Information Point or The Big Sunflower Project had charitable status and I came to describe them as voluntary, non profit organisations, with charitable aims, run at a grassroots level, when needing to explain what they did. As such neither group received any regular funding, rather funding was sought as and when required, all of which was ploughed back into the work of the groups. On one occasion The Big Sunflower Project undertook a crowdfunding project and on other occasions competitions were entered – success with the Galaxy Hot Chocolate Fund and the Skipton Building Society Grassroots Giving initiatives ensured that enough money was incoming to cover running costs. Banks, supermarkets and more assisted with financial donations and other organisations donated their products, services, time and expertise.

Deserving of a particular mention are Net-work Internet who in 2006 began sponsoring The Information Point and have provided the web hosting and domain name at no charge ever since. Also Extravision, who provided The Information Point with their email marketing service free of charge for many years, meaning Our World could be sent quickly, easily and professionally. All the companies who provided sunflower seeds at no charge or with large discounts, helping make the most of limited resources; the lovely sunflower growers who so kindly took the time to harvest their seeds and donate these to the project and all the individuals who donated money that kept things ticking over. You all rock and The Information Point and The Big Sunflower Project would never have happened without you.

Working on The Information Point and The Big Sunflower Project has been an incredible experience. I have learned so much and it has been a joy getting to know so many people from the centronuclear and myotubular myopathy community in the process. Deciding to step back hasn’t been an easy decision but the time to focus on other things in my life has come … at least for the time being.

There are now many wonderful big hearted people working behind the scenes, making many wonderful things happen for the community worldwide – people who understand only too well what it means to live with a diagnosis of centronuclear and myotubular myopathy, because their own family is, or has been impacted by the conditions and who I know will appreciate any support you can offer in the years to come. So please, do what can, when you can, if you can, to support them; continue to share your stories; be kind to one another … and if you see a sunflower, please think of me.

View all posts by thebigsunflowerproject